This evening, Jessica Ainscough’s partner informed her followers that she passed away on the 26th of February by sending out this notification: 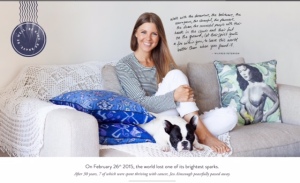 I know many people will have a lot to say about her passing, but please, lets just pause and spare a thought for her family, friends and those who loved her. There will be a time for discussion about Gerson “therapy” and other details, I don’t think it is now.

My thoughts are with those who loved Jess and are hurting right now.

To all the fans of Jess who have stopped by to share their   vitriol and insults, you have now been published in this post.