It is becoming clearer every day that your cancer has taken its expected course, (give or take a year or so, Drs can’t be exact), in spite of all your time at the Gerson retreat and the promises of Gerson ‘Therapy’. In spite of the arduous juicing and organic dietary regime, the coffee enemas ‘removing toxins’ from your body, all the natural ‘therapies’, the powers of your ‘medical intuitive’ all your hard emotional and spiritual work, self-love and self-focus. It appears that you were lied to and misled by the very people you turned to for ‘care’. The people who convinced you that if you only do everything right, you will be cured. It also appears that the only ones who were ever honest with you were your real, medical doctors, and what they predicted is currently playing out.

In the beginning you publicly shared everything about your condition, your ‘treatment’, your daily routine. It seemed like nothing was off limits. Making and publishing a video demonstrating how you do coffee enemas made a lot of us cringe, but not you. Your readers were treated to daily updates and stories of your chosen path and how well it was working. Now that things have taken a turn for the worse, you have retreated with little explanation, stopped the information flow to those same readers who cheered you on, supported you, purchased your products and essentially have made your current lifestyle possible. They have been unceremoniously shut out and dumped from your journey now that reality is setting in and life is no longer sunshine and roses. 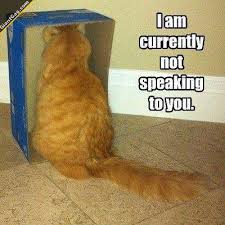 You have a unique and important opportunity right now. You can admit to your followers, and those you have influenced to follow your path that you were lied to, and taken advantage of by dishonest cancer entrepreneurs when you were at your most vulnerable. You have the opportunity to speak to people with cancer, in your situation, and tell them that their cancer is not their fault for living an impure life or not being positive enough. You can tell them that having cancer that progresses it is not their fault for not eating exactly right, or thinking the right thoughts. You have the opportunity to use your influential platform to warn people that there are those who will take advantage of them. That just because conventional medicine doesn’t have all the answers, doesn’t mean that alternative methods will work.

The choice is yours, keep trying to project the lie, keep misleading your followers and blame yourself for not doing all the things right, or admit that cancer is a bastard. It is not a message or a blessing, it is a disease and its aim is to kill people.

What do you want your legacy to be? The girl who deluded herself and as a result, misled thousands of people – some vulnerable cancer patients themselves, until the bitter end? Or the girl who stood up and was bravely honest. The girl who spoke out about how unscrupulous people took advantage of her vulnerability, and saved others from going through the same?